** RSVP for Zoom link at bottom of the page** 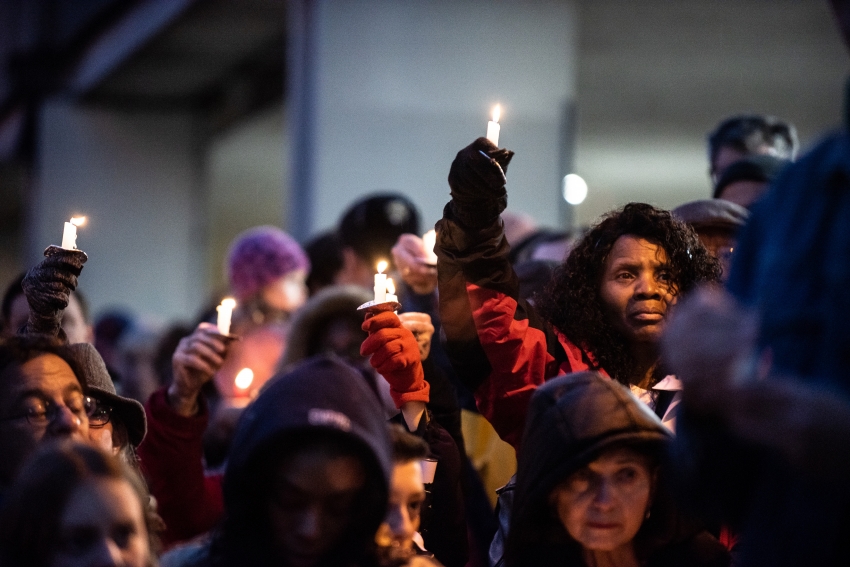 From the massacre at Emanuel AME Church, South Carolina in 2015, to the 2017 Unite the Right Rally in Charlottesville, to the Tree of Life synagogue shooting in Pittsburgh, to the ongoing fight over Silent Sam at UNC Chapel Hill, to militias in Kenosha, WI and beyond, the influence and rising threat of White Nationalism is undeniable.

Join Temple Beth Or and Carolina Jews For Justice for an in-depth discussion with civil rights leader Eric Ward about the White Nationalist movement, its interlocking threats, and how we build solidarity across different experiences and diverse identities to fight for the safety and freedom that we all deserve.

If you haven't already, take a look at Eric Ward's acclaimed article, "Skin in the Game," about how antisemitism is an animating feature of the white nationalist movement.

Eric Ward is a nationally-recognized expert on the relationship between authoritarian movements, hate violence, and preserving inclusive democracy, Eric brings over 30 years of leadership in community organizing and philanthropy to his roles as Western States Center’s Executive Director and Senior Fellow with Southern Poverty Law Center and Race Forward. Since Eric took the helm in 2017, Western States Center has become a national hub for innovative responses to white nationalism, antisemitism, and structural inequality, towards a world where everyone can live, love, work, and worship free from bigotry and fear. In his 30+ year civil rights career, Eric has worked with community groups, government and business leaders, human rights advocates, and philanthropy as an organizer, director, program officer, consultant, and board member. Currently Co-Chair for The Proteus Fund, Eric is a member of the Pop Culture Collaborative’s Pluralist Visionaries Program and the recipient of the Peabody-Facebook Futures Media Award. Eric is in high demand as a speaker and media source, and is the author of multiple written works credited with key narrative shifts, including “Skin in the Game: How Antisemitism Animates White Nationalism.” He has been quoted in The New Yorker, New York Times, Los Angeles Times, Washington Post, ESPN, NPR, BBC, Rolling Stone and numerous other media outlets, and regularly publishes on Medium and The Oregon Way blog. Eric is working on a forthcoming documentary about whiteness and race in America and is an aspiring singer-songwriter under the name of Bulldog Shadow.