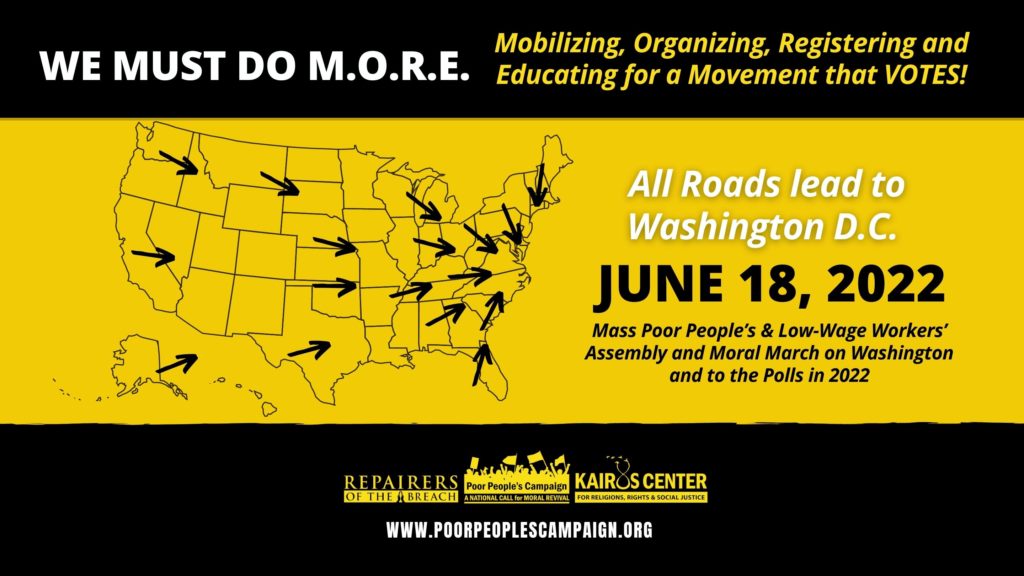 We assemble and march on June 18, 2022 because any nation that ignores nearly half of its citizens is in a moral, economic and political crisis. There were 140 million people who were poor or one emergency away from economic ruin before the pandemic. Since March 2020, billionaire wealth has grown by over $2 trillion while hundreds of thousands of people have died, millions are on the edge of hunger and eviction, and still without health care or living wages.

The Mass Poor People’s & Low-Wage Workers’ Assembly & Moral March on Washington on June 18, 2022 will be a generationally-transformative declaration of the power of poor and low-wealth people and our moral allies to say that this system is killing ALL of us and we can’t…we won’t…we refuse to be silent anymore!