This is a call to action for our community members living in North Carolina's 11th Congressional District: 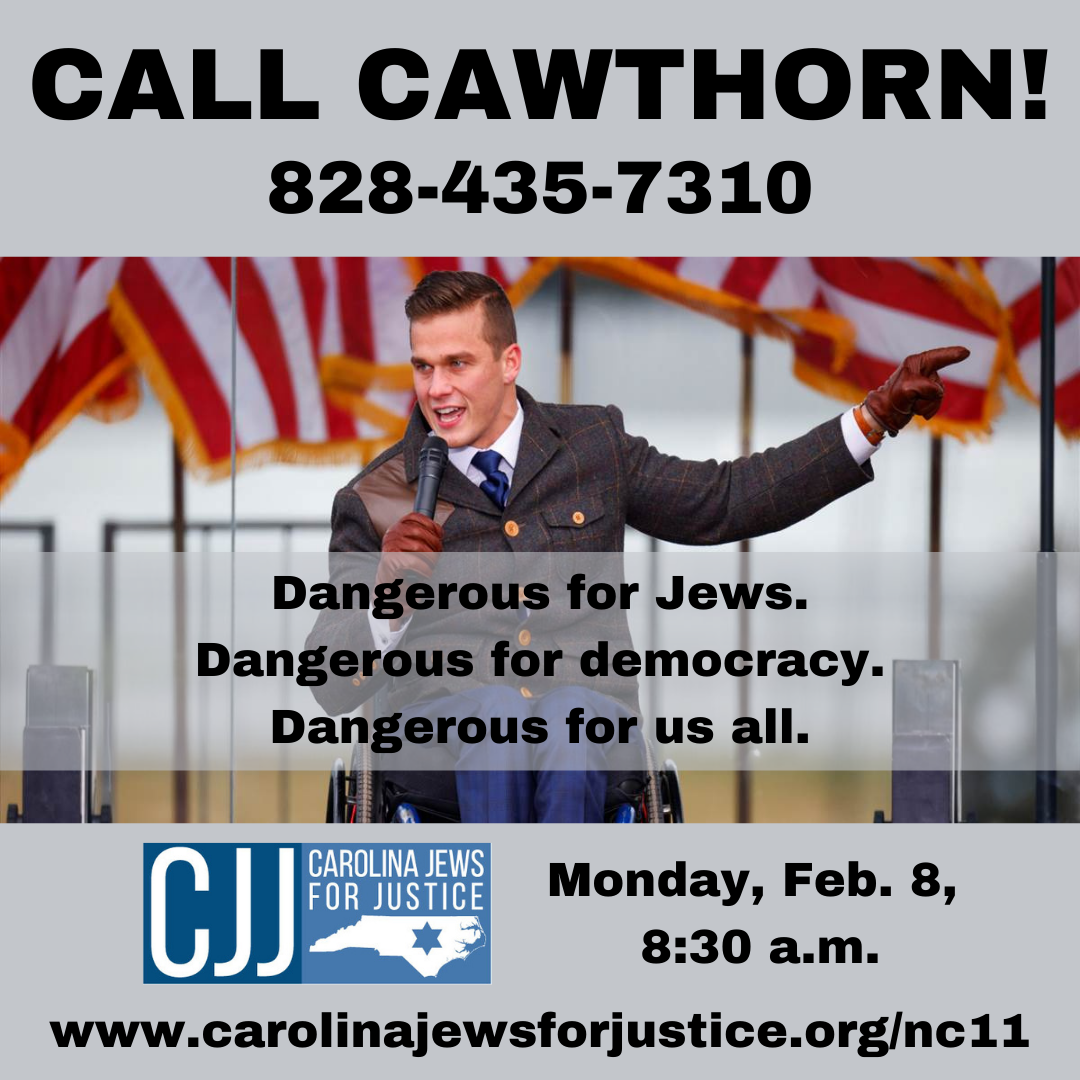 In response to Madison Cawthorn’s role in the rally leading up to the infamous Capitol Attack on January 6th, CJJ member David Hurand co-authored an op-ed in the Asheville Citizen-Times last week, calling for Cawthorn’s immediate resignation.

[A]s Jews, we are taught to see the image of God in all people (B’tzelem Elohim), and we stand in solidarity with all who are threatened by the violent politics of fear and division that Madison Cawthorn has come to represent. He is not a representative of all of the people, and he must resign.

Now, after months of attempted engagement, Cawthorn is suddenly interested in meeting with the Jewish community. The catch, however, is that only seven people are invited, and the timing is terrible: 8:30 a.m. this Monday at his Hendersonville office.

But if Cawthorn genuinely wants to hear from his Jewish constituents, let’s take him at his word! Starting at 8:30 a.m. on Monday, February 8, please join us in calling his district office to share your concerns.

*If you have trouble getting through, you can also contact Cawthorn's Washington, DC, office at 202-225-6401, or email him here.

Hello, my name is [Name], and I live in [City or Town]. As a constituent and as a member of the Jewish community, I’m calling to express my concern about Rep. Cawthorn’s role in the January 6 attack on the Capitol. I know the representative is currently having a small, last minute meeting with just a few Jewish leaders from WNC. He can show our whole community he cares about us by taking accountability for his role in the January 6 attack on the Capitol and resigning his seat.

Once you have completed your call, let us know how it went by filling out this form.

Cawthorn’s Role in the Jan. 6 Violent Attack on the Capitol