This email from Interim Executive Director Abby Lublin went out to our entire email list on January 25, 2022.

A Love Letter, or “Rocketing Up the Ladder of Engagement"

In the fall of 2019 I brought my two children (then ages 6 & 4) to an action at the county-jail-turned-ICE-detention-center in Graham, N.C. Among other actions and rituals, hundreds of us – Jewish and non-Jewish – sat shiva in the streets for immigrants who had died in federal immigration custody. To publicly engage in Jewish ritual, with my children and in service of justice with our immigrant friends and neighbors, was a revelation unlike any other. The few other families in attendance with young children that day gravitated to each other, with unspoken understanding and solidarity, gently explaining what we saw and why we were there, and responding to really big questions together.

Looking back in my inbox, I note that those action communications were my first emails from former CJJ Statewide Organizer Brandon Mond. I was not yet a CJJ member. A few weeks later, at the Durham Coop, I was on the phone, trying to speak quietly, while on a board meeting for Soul Fire Farm. Brandon leaned towards me, Chabadnik-like, and said, “I think we should have a conversation.” It was the first and far from last time that “scheduling a 1:1” would be part of my regular vocabulary as a CJJ volunteer unknowingly launched up the ladder of engagement.

All that meet-cute aside, I want to share a bit of what CJJ means to me, my gratitude (and some trepidation) in serving in the role as Interim ED, and the ease of this transition because of relationships.

Rabbi Salem and I have done for the past two weeks what we’ve done for the past year and a half … work really well together. We connected before an official announcement to talk directly to make sure we both felt supported and empowered in this transition. I am grateful to work alongside Salem and her deep well of experience and expertise. CJJ staff and member leaders have encouraged, supported, and joined me in many ways over two years, such that my family was utterly unfazed when I told them about this opportunity, as they already thought I worked here. 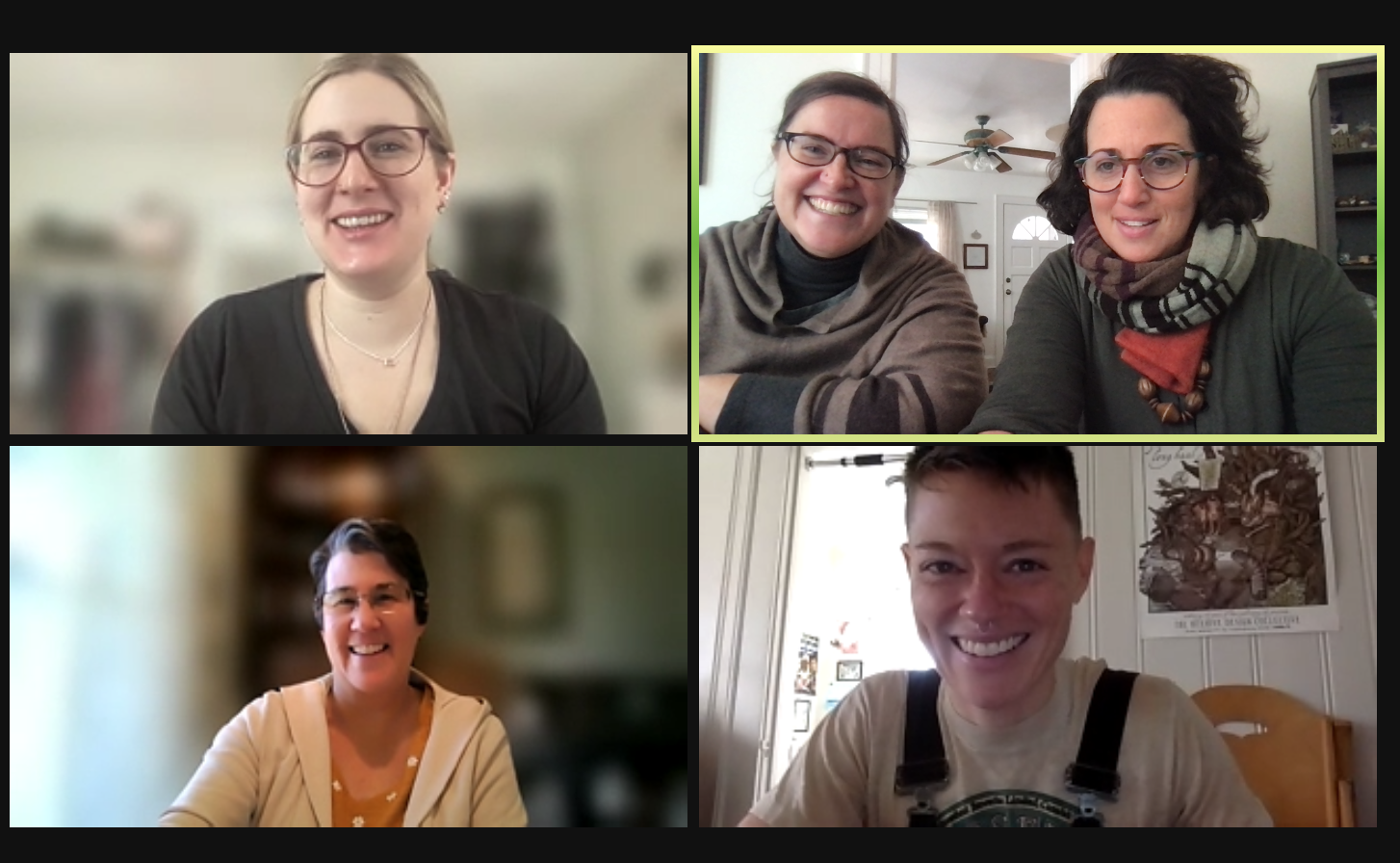 That said, this role is different, and already involves far more sitting and emails than I imagined. My interest is in what’s best for CJJ and to share opportunities for people to learn, do, and lead. So as I step into this role with some nervousness and a lot of overwhelm, I know I am not alone. And that sense of belonging and just purpose are why we’re here.

These past few years have brought deep, meaningful connections with members across the state. This connecting, learning, and organizing together have made real the Jewish existence I yearned for, and did not yet know was possible. I am thrilled to be able to help seed and nourish that radical imagination and reality across this state.